Nominator’s Comments:
“I’ve known Bright Lukasa through my work at the St. Mary’s Nutrition Center and as a fellow community member for approximately 3 years. I have always been struck by her strength of presence, warmth and natural leadership abilities. One of the most memorable moments I had with Bright was two years ago during a New Mainers Collaborative Community meeting. The discussion at the time was focussing on how to support youth in the community and also minimize some of the challenges neighborhood youth were facing. As one of the only youth of color among the meeting attendees, Bright shared her perspective with confidence and care to a room full of experienced community leaders, service providers as well as police. She was able to articulate the nuanced and challenged space in which so many young New Americans reside – straddling two worlds and two cultures; the strong desire of youth to fit into their new homeland while also pleasing their parents- who often have expectations that no longer make sense in American culture. She also shared the ways in which community policing efforts could aim to better understand youth and create authentic, safe ways to connect. Most memorable was the way in which she could see and intertwine the many perspectives she imagined were in the room in a respectful way. That day at the meeting I was both impressed and inspired by Bright’s maturity, leadership potential and her commitment to a community which was still very new to her. More so I was hopeful for Lewiston, a City whose multiculturalism is one of it’s greatest strengths and can be what helps the City really thrive. It is emerging leaders like Bright who I think will help Lewiston-Auburn embrace it’s potential particularly because she has not only a talent and desire to inspire, but to help build bridges across communities. Brights primary work is with the Immigrant Resource Center of Maine where she helps to lead presentations, workshops, and trainings for local providers and organizations on topics of domestic violence and sexual assault in the New Mainer Community. In 2018 she was an active in helping to lead “The Peace in the Park Project” to help ensure that people who live and work in downtown Lewiston experience Kennedy Park as safe. Her efforts unfolded during a very uncertain and tense time for the downtown neighborhood and when many would not have had the courage to be on the front lines of ushering in calm. Shortly after arriving in Lewiston, Bright became an active participant -alongside her mother and brother, in the French Club sponsored by the Franco American Heritage Center. She regularly attended the “La Rencontre” held monthly which brought together 200+ of many communities including many Lewiston Franco-Americans, to speak French and break bread together. In addition to French, Bright speaks Lingala- a native dialect of the Congo, and English fluently. On top of her community work, Bright is taking classes toward a Business Administration and Management degree. Her community work and contributions were recently featured on the Bates College Harward Center for Community Partnerships. It is in part because of talented, driven and community minded young people like Bright that I continue to be proud to call Lewiston-Auburn my home.” – S. Blumenthal, Lewiston, Maine 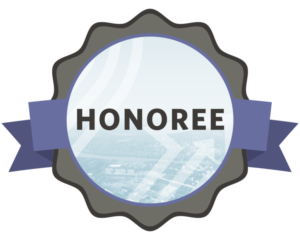